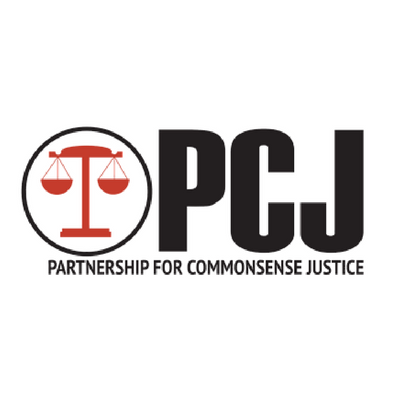 The Partnership for Commonsense Justice (PCJ) is an organization, founded in 2006, which aims to enact legal reform measures in Kentucky. In 2013 the organization was looking to rebrand their campaign and asked for a new logo, website, social media platforms and messaging. Rachel helped develop the new branding, building the PCJ an engaging website and incorporating more modern elements into their overall branding and messaging.

The image of the PCJ, along with their reputation among lawmakers in Frankfort, was overhauled and the organization was re-introduced as a major player for legal reform measures in the state. After the initial rebranding, Rachel worked with the PCJ over the course of 3 years to fine-tune their messaging, regularly updating their website, social media platforms, collateral materials to ensure they were reaching the most relevant audiences. She also worked to secure traditional earned media mentions for events and other newsworthy items released by the PCJ.